A former senior career diplomat and development economist, who on leaving public service took a senior position in an international environmental charity.

After leaving Pembroke College, University of Cambridge John went to Botswana as an Overseas Development Institute Fellow. He then joined the British Government Economic Service. He did postgraduate study at University College London. Subsequently he transferred into the UK Diplomatic Service.  He was British High Commissioner to Barbados and six Eastern Caribbean countries.

Born in a fishing town.  A firm believer that the world needs and deserves responsible fish production and that empowering producers and consumers to make the choices that make this possible is the way to go. 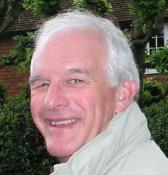