Head of Standards and Science

Michiel holds an MSc. degree in Biology with a specialisation in Aquaculture and Fisheries, from Wageningen University in the Netherlands. In 2012, he joined ASC as Standards and Certification Coordinator and has recently assumed the role of Head of Standards and Science .

Michiel leads the ASC Responsible Feed Project, which was convened to develop the ASC Responsible Feed Standard. He also maintains contact with certifiers and farms, and provides technical support on implementation of the various standards and technical questions received from external stakeholders. Before joining ASC, Michiel spent several years as Export Manager and Technical Support for fish feed producer Coppens International, where he was responsible for key markets in Eastern Europe, the Balkan and South East Asia. Prior to that he was based in Ankara where he worked with the aquaculture and fisheries department of the FAO for Central Asia and Turkey. 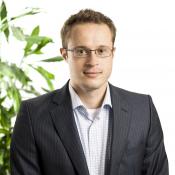